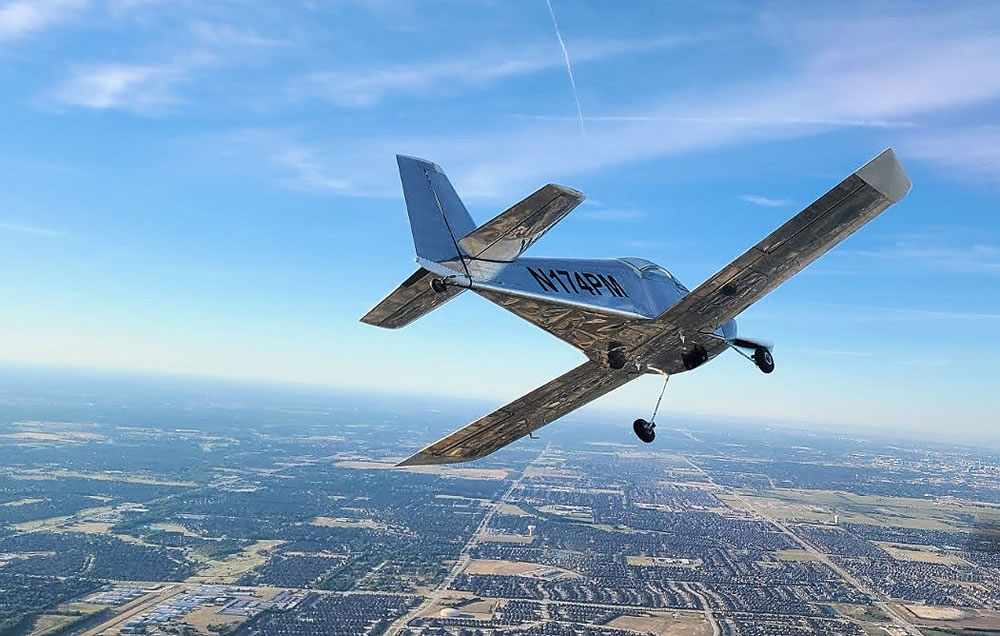 Congratulations to Pete Miller! He received his airworthiness certificate and Chuck Wilson flew the first test flight. That is very exciting as Pete is really getting his feet wet. He passed his check ride earlier in the year. He is practicing his tailwheel skills and now is on the cusp of flying an airplane he has been working on for a decade. All that work is now paying off. What a reward.

Pete received the Airworthiness Certificate for N174PM from Mel on Sept 16th. The first flight then followed on Sept. 24th. If you notice from the picture there were quite a few chapter members and other AeroCountry residents on hand to take part and witness Pete’s RV fly for the first time.

That is something I would like to highlight. Building an aircraft is a monumental task, and having a community around you that supports and is interested in your success makes it that much more enjoyable. Pete is very fortunate, because that community is a highly skilled and experienced group of aircraft builders. Great work Pete, congratulations and welcome to the Homebuilt Aircraft flying community. 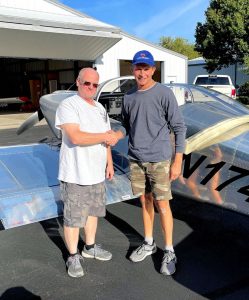 On Friday, September 24, my RV-7 N174PM took off from Aerocountry with Chuck Wilson at the controls. Jeff Hansen flew chase in his RV-4. Chuck reported that it flew very well, except for having no indicated airspeed. It needs a rudder tab to correct a slight indication of the Slip/Skid ball being off-center. There was a small gathering of Aerocountry friends, new and old, and we celebrated afterwards.

This project started on Thanksgiving of 2009, when I brought home a tail kit that I bought from a friend at work. Through just shy of 12 years, I kept at the project even through some pretty challenging life events. It was very therapeutic to step away and do some work. 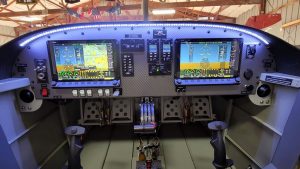 The airplane is all standard-build, with an Aerosport IO-360 and the stock Hartzell blended airfoil prop. The panel is all Dynon Skyview VFR, with 2 10″ screens and 2 com radios. The interior is from Classic Aero. The airplane weighed in at an even 1100 pounds.The inspection took place on Thursday, September 16. Mel was thorough and found about 8 items. Before I closed the cowl, Chuck came and made a few more suggestions. 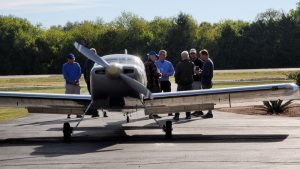 The most valuable asset to a builder is community. I can’t even begin to describe the support that I received from so many people, mostly in Chapter 168. After my move to AeroCountry in February of 2019, that level of support got ratcheted up. Everybody at AeroCountry was fantastic, listening to my dumb questions, and talking me off the ledge a few times. I was advised that when you move to an airport, you can’t get any work done because people stop by and volunteer their opinions, but I didn’t find that to be the case. Everybody there is so supportive and helpful. What slows me down is my open view of the departure end of the runway and all the fascinating airplanes that may appear… 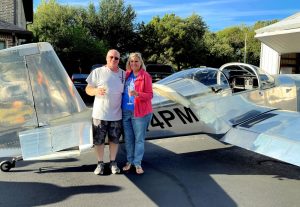 My beautiful bride has also been a relative latecomer to the project, but she is excited to get this done so we can start traveling. She loves to fly and aviation is in her blood as well.

Join the Chapter or Renew

Join the Chapter by attending a monthly chapter meeting where you can fill out a membership application and pay the annual dues. ($20/yr). Read about how to join or renew here.

Now you can let people know about our Chapter.
Visit our online store here